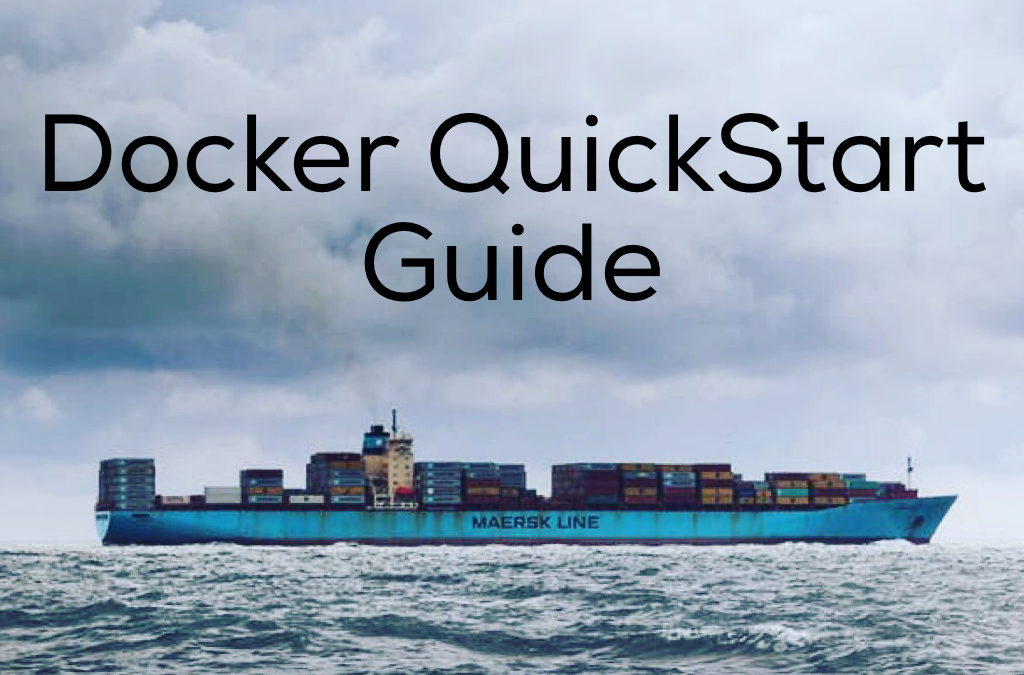 So you want to start using Docker? You've come to the right place! Docker is software that lets you build, ship, and run any application, anywhere by packaging your code with its dependencies in a platform independent “container” (hence the container ship). It is extremely useful for students, small developers, and even enterprise production environments. However, this guide is not about what Docker is, so check out these links if you want more information:

This is the absolute fastest, simplest Docker Quickstart guide that you will find on the Internet. During this guide, we will install Docker, and then stand up a web server in less than 5 minutes. Technically, you only need to execute 2 commands (although a third is recommended as a sanity check). There is obviously a lot more to Docker than this guide, and I would encourage you to find out more. We will publish several articles detailing exactly what Docker is, and how it can help your team.

The only 2 prerequisites required for this Docker QuickStart Guide are:

If your computer doesn't run Linux, install VirtualBox and then create an Ubuntu Virtual Machine. Now you have a computer that runs Linux with sudo!

Installing Docker is extremely simple, just run the following command in your shell:

After this finishes running, Docker is installed! To verify that everything is working properly, execute the following command:

We will now run Nginx, a widely-used web server, inside of Docker.

That's it! To verify that Nginx is running correctly, open up your web browser and enter localhost:8080. You should see the default Nginx landing page.

To recap, we just installed Docker and launched a Docker container running Nginx in less than 5 minutes. Docker is extremely useful software that is very easy to setup. If you want to learn more, feel free to contact us and also check out the services that we offer.