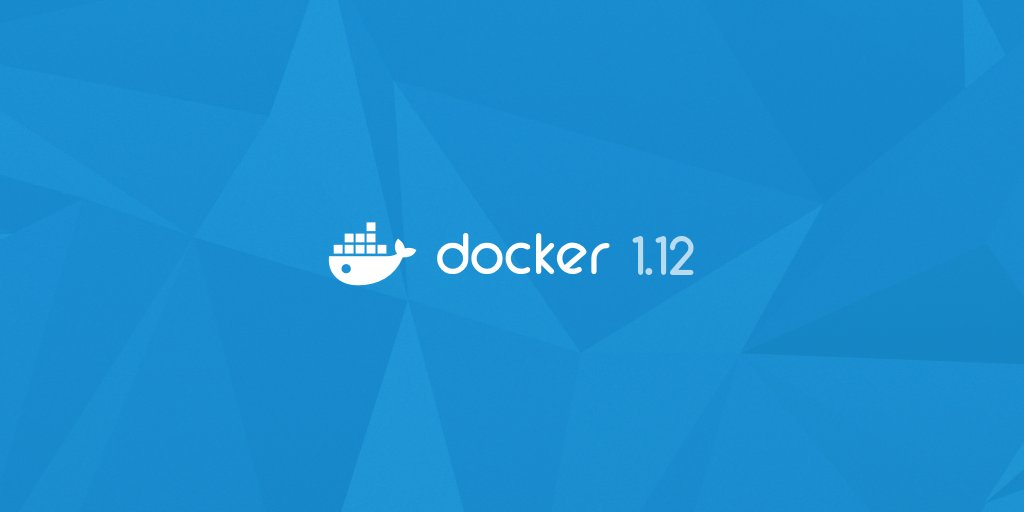 Docker 1.12 added several changes to the networking stack, including how host networking handles DNS, aliases for container id's, and adding labels to networks. The biggest change of all is the MacVlan driver coming out of experimental.

This new driver allows a MacVlan managed on the network to access docker containers directly, removing the overhead associated with the bridged network. To use this, you will need your own router to act as a gateway for the network, and any traffic routing between networks needs to be done by that gateway. By default, broadcast and inter-network communication is allowed but direct host communication is blocked. You are limited to a single MacVlan per network interface on the host, but you may use vlan tags like eth0.10 (vlan 10) to create multiple interfaces per physical NIC.

The below network diagrams from Docker show how these pieces fit together:

An example of creating one of these networks and running two containers on the network looks like the following:

For further details, see the docs on github.

Network filters allow you to limit the list of networks returned in docker network ls. They were extended with three different pull requests for the 1.12 release. You're now able to filter networks by driver and networks can now have labels which can be filtered, and the docker ps command was also extended to allow filters on networks. In practice, this looks like:

More details are available in the network ls documentation.

Add the container ID as a DNS alias

Docker now adds the short container ID as a network alias. This was done to streamline the process being performed by Docker Compose when linking containers. In practice, this looks like:

DNS and Host files can be updated even with --net=host

Previously, if you used --net=host, the /etc/resolv.conf for DNS and /etc/hosts files were mapped directly to the files on the host. Now these are bind mounts to container metadata which means you may adjust the values for DNS and add entries to the /etc/hosts that may be unique per container. In practice, this looks like:

Docker fixed a bug when renaming containers to automatically update the integrated DNS in pull request #22466.

This is a new capability added to the experimental branch of the docker engine that allows plugins to be installed as easily as images are pulled. Instead of manually installing pluggins on the host environment with unique commands per plugin, the process is now managed with a new docker plugin top level command with install, enable, disable, rm, inspect, and set subcommands. These plugins are even listed on the Docker hub, though you can't pull them with docker pull

Once installed, a plugin is implemented under the hood as a container that starts before other containers, ensuring that the plugin API is available when containers launch. In addition to making it easy to install and manage plugins, it also prompts for access per plugin for finer grained controls. In the past, if a plugin was installed directly on the host, it would effectively have full root privileges.

As an experimental feature, documentation is very limited at the moment. More details can be found in the discussion on issue #20363. Tibor provided the below example with the pull request:

With Docker's 1.12 release, the API version was bumped to 1.24 and a handful of changes were included. Most of these are minor tweaks to add filters. The most user visible change was a split in the docker daemon out from the docker binary itself.

Remote API errors are now formatted in JSON. Comparing 1.23 to 1.24 shows the change on a missing page:

Docker now returns 403 (forbidden) instead of 500 (server error) when request is rejected by an authorization plugin.

Several changes were made to the output of docker info, including:

The docker daemon is now a separate binary, dockerd instead of the subcommand docker daemon. If you call docker daemon in 1.12, it will exec dockerd to make the transition transparent and allow existing startup scripts to continue unchanged. This split in the binaries makes it possible to install Docker as only the client code.

docker images now supports two new filters, before and since to search for images built before or after other images. This looks like:

Search options now allow the default search limit to be changed from 25 to any numbers from 1 to 100 with --limit. A new filter option was also added with possible parameters: is-official, stars, and is-automated. Note that filters are applied after the limit is applied, so if you want to find the top two official images, you may need to pass a limit greater than two to retrieve enough images. Here are some sample commands using these new options:

Docker stats were changed to show values in bytes (MiB vs MB) to match inputs in docker run -m in pull request #21773.

We are getting close to the end of this dig through the release notes. Part 3 includes changes to the runtime, swarm, volumes, and deprecated features.